Sofya Vasilyevna Kovalevskaya ... too much happiness

SOFYA VASILYEVNA KOVALEVSKAYA ... TOO MUCH HAPPINESS

Many people who have not studied mathematics tend to mistake it as arithmetic and consider it a dry and arid science. Actually, however, this science requires great fantasy.

Sophia Kovalevskaya´s epigram in Alice Munro’s (2009) novella: Too much happiness

Sophia Kovalevskaya was born in Moscow on January 3, 1850 and died on February 10, 1891 (according to 19th century Russian Calendar). Sofia was attracted by mathematics at a very young age…These findings were possible. Mathematics was a natural gift, like the aurora borealis.

Between 1869 and 1874 Sofia traveled to study mathematics and the natural sciences and sadly discovered that women were not welcomed at some universities, and so she studied only for a few semesters. Finally, she made her way to Karl Weierstrass in Berlin, who was completely baffled by her presence, since a woman willing to study mathematics was extremely unusual. Notwithstanding, he gave her a list of problems to work on, hoping that she would find them too hard and would never return; but she did return, and amazed him with her novel solutions that demonstrated unusually deep insights and a sound understanding.

Let a partial differential equation be in the form

and let the initial conditions

The preceding statement seems equally applicable to hyperbolic, elliptic, and parabolic equations. However, we shall see that difficulties arise in formulating the Cauchy problem for non-hyperbolic equations. Kovalevskaya also wrote about the achievement of having her work (on the refraction of light in crystals) published in Acta Mathematica; a masterpiece including the Reduction of a Definite Class of Abelian Integrals of Third Range, The supplementary Research and Observations on Laplace's work on the Form of Saturn Rings, and also on particular Properties of a System of Equations.

Apart from the remarkable achievements mentioned above, the highest point in Sonya's career came on Christmas Eve 1888, when she presented a solution to the problem of rotation of a solid body about a fixed point under gravitational force. Such a solution was worth the Prix Bordin, an award granted by the Paris Academy of Sciences – at the same level of a Fields prize in mathematics -, where it was unknown that the winner was a woman. She was the first female editor, only the second editor though, of a mathematical journal, Acta Mathematica (founded by Mittag- Leffler); once again a position nobody knew was held by a woman at the time

She secured a position as professor of mathematics at Stockholm University in Sweden, the first European University to have female professors in 1889. That same year, on the initiative of Chebyshev, Sonya was the first woman appointed as Corresponding Member of the Imperial Academy of Sciences. Her last published work was a short article entitled “Sur un théorème de M. Bruns”, in which she gave a new, simpler proof of Bruns' theorem on a property of the potential function of a homogeneous body.

In 1878, Kovalevskaya gave birth to a daughter, Fufu. In spring 1883, Vladimir, from whom Sofia had been separated for two years, committed suicide. However, Kovalevskaya never abandoned her passion for mathematics. At the time, she continued to learn, quite late though, what so many people around already seemed to know from a young age: that life can actually be complete without great success.

On February 10, 1891, at the peak of her mathematical career and reputation, Sonya Kovalevskaya died in Stockholm, suffering from influenza and further acute pneumonia. 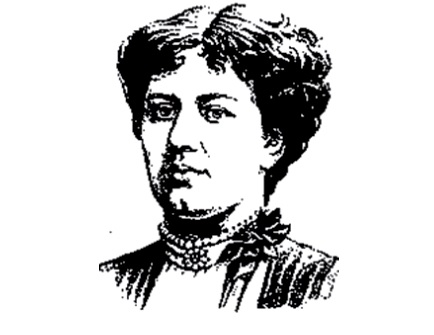