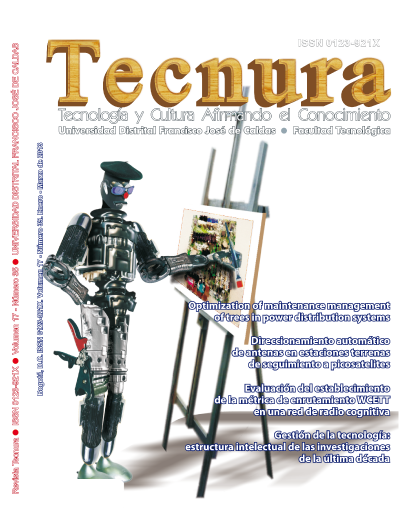 Research Promotion as a Means to Overcoming Underdevelopment

Some ordinary citizens may claim that Colombian universities are distant from the nation's actual context. It has been stated that universities provide no immediate answer, nor concrete plans of action to address the problems that arise in the national setting. This lack of solutions has been regarded as one of the causes of Colombian continuous underdevelopment conditions. When analyzing such statements, one might think that, to a certain extent, most of these ideas are true; however, in recent years, some universities have led an emergent move that allows reflecting on problems that pertain to the Colombian context. Although such problems are similar to other nation's problems, it is clear that every nation bears its own particular aspects that make specific solutions somewhat different.

It seems to be the case that research should deal with solving the nation's problems. One possible approach to achieving such an aim is to get to fully know Colombian reality at all levels, namely, national, regional and local. This requires a reassessment and improvement of the existing solutions so as to attain current goals and objectives that serve national interests only, which means that no foreign interests should be addressed, particularly those that do not match Colombia's own needs. True research only makes sense if efforts are devoted to solving the problems of the researcher's context.

One way to involve universities in their national context is to guarantee that research as well as academic activities (e.g. teaching) stay together; thus, these two activities promote the acquisition of new knowledge. This, in turn, will allow students to raise their academic competences and will keep professors reflecting on their own intellectual (scientific and technological) challenges. This sort of self-reflection should continue as more research and more knowledge transfer passes from tutors to pupils, thus both students and professors get a better insight into the nation's reality through every single piece of knowledge that is obtained from such reality. These practices will help overcome the knowledge-transmission-based teaching methodologies typical of the Colombian academic context. To summarize, Colombian higher education should be articulated with research through a methodological approach capable of yielding critical minds that pursue knowledge.

During this research-centered process, professors play an important role; however, students are a substantial element in order to obtain successful results from research studies. Throughout the last decade, Universidad Distrital, namely the Faculty of Technological Studies, has promoted the creation of research groups and young-researcher groups, which bring professors and students together. The structure of such groups is project-leader-centered and, so far, various joint efforts have allowed some members to find specific (occasionally approximate) solutions to different problems with local, regional, and national scope (even international scope). However, this process has been learned through practice, which means that mistakes have played their part, sometimes pushing forward, sometimes pulling backwards. Traditional methods to conduct research activities have been embraced as guidance, but not as a mandatory list of orders. Within groups, some degree projects have been carried out by undergraduate students, offering partial solutions to specific problems and encouraging, as a result, other more-complete solutions to the same problems. This operation scheme has nurtured the creation of a so called "group memory", within each of the groups, which guarantees continuation of previous (legacy-wise) work.

The Faculty of Technological Studies, through its Research Committee, has organized the 1st Congress for Divulgation of the Faculty's Research Results, which takes place within the context of the XVII Technological Week. The main purpose is to show the results achieved by research groups, and young-researcher groups, to the academic community as well as to the general public. This will lead to the birth of an "institutional memory", which should guarantee continuation of the work of others attempting to solve local (regional, and national) problems. We are convinced that the results already achieved contribute to finding the right way to overcoming our current underdevelopment condition. We also consider that if various academic efforts are put together, across and within research groups from other universities, including the joint efforts of various research centers working on similar problem domains, then the construction of the so-much-needed research networks should be possible in our country.