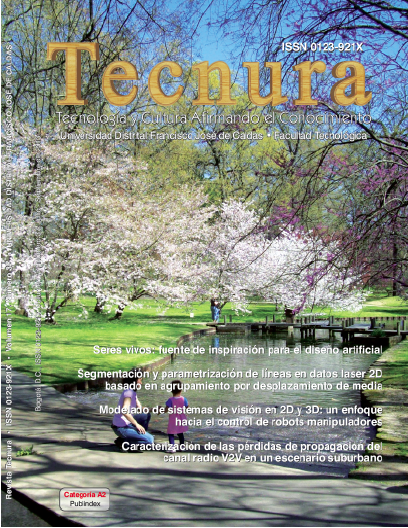 Master of Social Research. Researcher and Professor Faculty of Technological Studies of the Distri University Francisco José of Caldas. Bogotá,

There is no doubt that opening debate on the impact of technology on modern societies has become ever more important. And every word on this topic is worth saying. Every day, newer and more advanced devices (tools and machines) food our working-, home-, and entertainment environments, infuencing many other aspects of social life.

Such a momentum has been gathered, to a great extent, by novel visions that began to circulate in the mid-20th century. Some of the developments that are worth mentioning include automata theory, information theory, and the self-regulation theory that yields living systems. This resulted in research projects intended to produce new artifacts and devices that empowered modern communication systems as well as the manufacturing industry, agriculture and the so called service sector.

Thus, already explored felds such as cybernetics, automation, robotics, ecology and (most recently) the so called intelligent systems have coped with the concerns of the scientific community as well as those concerns from corporations, political leaders, and societies. In the end, and as unprecedented as it may seem, the development of new technologies had never reached today's scope, neither had ever mankind possessed the overwhelming amount of patents and inventions that are currently available to be commercialized.

Hence, the recent scientific and technological developments of the 20th century have changed the scenery and the structure of today's societies, culture and nature. This interpretation, however, is not always well perceived at the heart of Colombian universities and Latin-American universities. Among other reasons, such a misperception is caused by the gullible, traditional belief that states that research, transformation and adaptation of existing technologies occurs exclusively within universities.

This is the reason why academic magazines are so relevant, because such publications encourage debate, discussion, refection, and circulation of the results obtained from the research working activities of Professors. Tecnura has always sought for this type of scientific awareness, and it is hoped that the amounts of articles that are published on a regular basis contribute to this technological search. The main purpose of refection and debate has always been to go beyond the limits of each science or discipline that encouraged such a discussion, and also to link types of knowledge that seem to clash, but in the end are profoundly connected to human sciences. It is worth mentioning that the products obtained from technology should be thought of as being connected to nature, culture, and societies.

Among other things, this vision allows seeing the history of technological development itself and also of the new technologies in a more peaceful way. This vision avoids the currently spread anxiety caused by ICT technologies and also by those technologies that have changed the image of industries and labor markets nowadays. To sum up, the thought of today's technologies involves an appreciation for the mutual impacts amongst different types of knowledge stemming from the various nature sciences, from societies and from culture, aiming at the construction of social men and women that represent more human and complete beings.