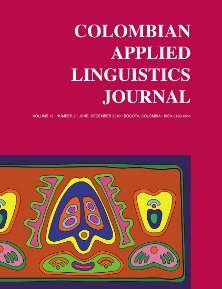 Bartolomé, L. I. (2003). Beyond the methods fetish:Toward a humanizing pedagogy. In A. Darder, M.

González, N. (2005). I am my language: Discourses of women and children in the borderlands. Tucson, AZ: The University of Arizona Press.

Martínez-Roldán, C. M. (2003). Building worlds and identities: A case study of the role of narratives in bilingual literature discussions. Research in the Teaching of English, 37, 491-526.

The avenue for enacting a critical literacy curriculum in this primary bilingual classroom was through literature discussions about critical social issues that impacted the children’s lives. These discussions provided the children the space to discuss and question social issues that were significant to them and with which they identified. The analysis explored the responses of two young Latinas and demonstrated that these young Latinas did indeed think seriously about the critical social issues raised in the books discussed. They connected the books to their lives through the stories they told and shared their experiences as they sought to make meaning from the books and the issues raised. Children like the young Latinas in this study need a critical literacy curriculum that helps them contest social inequities in which they may be living and challenges them to think beyond the book and make connections to their lived experiences.