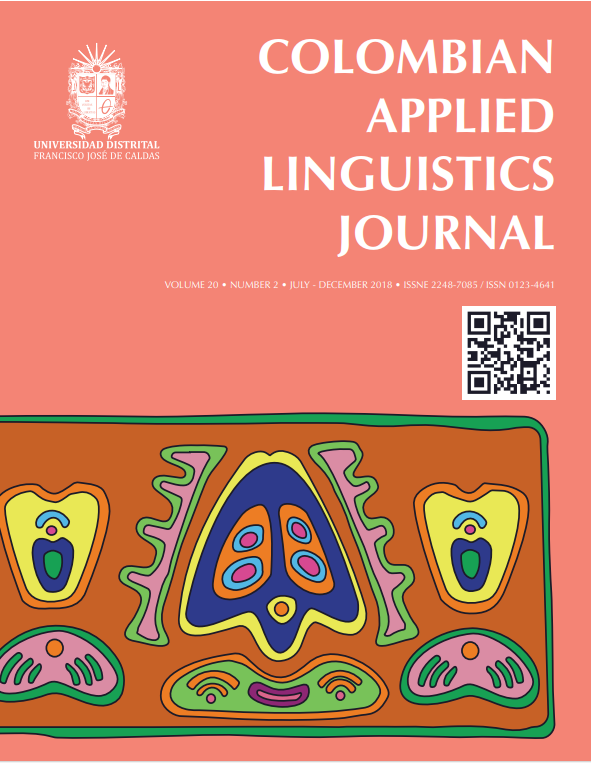 Learning how to reeognise and make student and eommunity assets the subject of curriculum is at the core of teachers’ designs and enactments of critical and inclusive pedagogies. However, this era of globalisation and standardisation, where education is increasingly seen as a commodity that underscores economic competitiveness, has made space for local knowledge production, hard to find. Knowing how to incorporate community problems in school-based student-led inquiries, whilst meeting authorised learning outcomes, is also challenging. At the same time there are particular pressures on language teachers where states extol the benefits of English, or another foreign language literacy for global competitiveness. Yet, educational researchers and teacher educators know the potential power of working with students’ assets and motivations to enhance language and literacy learning in classrooms. Community based approaches to language education in various places in Latin America are explored in this issue with contributions from teacher-researchers, collaborative teams, teacher educators and university-based researchers.

The writers in this issue draw variously from rich research traditions in sociolinguistics, educational ethnography (Molí, Amanti, Neff & González, 1992), teacher-research (Cochran- Smith & Lytle, 2009), collaborative inquiry and school-based experiments to portray a rich picture of innovative research in language and literacy education which promotes the second language learner as competent and agentive. From Bogotá, to Villanueva, and México, authors document the work of teachers, student teachers and students engaging with local knowledge and problems whilst learning an additional academic language. Read together, these articles demonstrate the resourcefulness of these researchers in working collaboratively with teachers and communities. The issue includes designs which foreground intergenerational learning, testing out of language theory in situ, exploring and documenting local identities, knowledges, practices and histories and developing critical language educators.

Nohora Inés Porras, Lenys Smith Díaz and Marlen María Nieves report on a fascinating approach to building language teaching expertise by partnering student teachers with expertise in English language teaching with experienced teachers with limited experience and facility with English in Bucaramanga, Colombia. Both preservice and in-service teachers benefit from the reciprocal mentoring which emerges. The in-service teachers access a range of strategies and techniques for engaging their classes with English language learning from the student teachers, who themselves gain valuable insights in classroom management and building relationships with elementary school learners. Their approach combines reverse mentoring and peer coaching, thereby positioning teachers, at different stages of career, as contributors to each other’s pedagogical repertoires, whilst collaborating to enhance children’s opportunities for English language engagement. In previous studies I have also found cross-generational reciprocal mentoring a very powerful way of countering the deficit discourses that sometimes circulate in marginalised and poor communities where English language and literacy cannot be taken-for-granted (Comber & Kamler, 2004). This is an untapped resource in many places as different generations go under-recognised for what they might know and how they might contribute to each other and towards solving problems.

The potential of young learners is highlighted in the article by Kristen Lindahl and Peter Sayer. Their experimental study in 4 schools in Mexico (urban, suburban and rural) sought to test ‘the more and earlier approach’ which is informed by linguistic interdependence theorising (Cummins, 1979), which suggests that first language literacy may benefit from early learning of another language. This study confirmed the linguistic interdependence hypothesis with significant implications for policy for language education in México, namely support for a ‘program designed to give simultaneous exposure to English and Spanish from kindergarten’. However, the authors do point that further research is needed on the kinds of language pedagogies which foster linguistic interdependence in different contexts. Further, they question the assumption that more English literacy necessarily leads to socio-economic mobility for students from low socio-economic families. These are important questions internationally. On the one hand we are reminded that young children have great capacities for language learning; on the other hand, we know that language and literacy repertoires, in and of themselves, are insufficient to rectify serious material inequalities.

Alba Milena Flórez documents an action research study with her class of young adults (15-18 years of age) from Villanueva who were learning English as a Foreign Language. As a teacher-researcher, Flórez negotiated a community-based program, where her students became researchers and chroniclers of elders’ accounts of the development of Villanueva as an independent municipality. The complexity of the community studies approach saw Flórez’s students co-designing an interview protocol in English, translating it into Spanish for their elderly informants, organising ethics consent and ultimately working together to produce a chronicle about the town. This ambitious project not only engaged all the participants it also produced clear gains in their use of English. As well as the positive impact on the students and their interlocutors, the project led to a new level of critical reflexivity on the part of the researcher. Flórez includes a truly fascinating table concerning her own pedagogical practices before and after the intervention. This will be of great interest and valué to other teacher-researchers, as we see her move from a teacher-centred approach to language teaching to truly negotiating the curriculum (Boomer, 1999). As Flórez recognizes, this shift meant that her students had quite different opportunities for rich and meaningful language learning. Ultimately, the community-based approach allowed students to develop a sense of local identity, acquire transferrable study techniques, and improve their own academic literacies in English.

Sandra Patricia Lastra, Norma Constanza Durán and Deyssi Acosta also worked with a community based pedagogical approach in their collaborative research with students in an English undergraduate program at the University of Tolima, Ibagué, Colombia. The researchers worked with their students to develop understandings about community funds of knowledge, local knowledge and the idea of the community teacher. A key activity was for students to appreciate the notion of ‘community assets’. The team began by having students explore and map their own university community. This conscious-raising task made students realise who and what they took for granted as part of their everyday lives. Five students went on to design a small-scale community-based project to conduct with the community during their practicum. Student teachers began to realise their own responsibility in recognising and understanding the realities of the communities in which their practicum was to be situated. They began to recognise their potential roles as advocates and change-makers in achieving student rights. While the student-teachers’ research projects were modest due to time constraints, they had begun to take an inquiry stance (Cochran-Smith & Lytle, 2009) and to foreground equity issues in their planning, and to start from the students’ dynamic and changing lifeworlds in imagining their curriculum.

Juliana Llanes undertook a case study approach to developing cultural competence with Asian students attending the Foreign Language Department at the University in Bogotá who were learning Spanish as a Foreign Language. The students initially volunteered to work with local people in libraries and homes for the elderly. As part of their program they also expressed interest in learning about farming and regional communities. One student made strong connections with a rural cook and together they explored their preferences for food and its preparation. Another also had conversations about food and coffee farming. Students found that in conversing with people about matters of everyday life and local culture and traditions, they were motivated to find the words to express their meanings. Together with local workers they co-constructed cultural knowledge.

In an action research study with fifth grade students, in a public school in Bogotá, Ana Janeth Gómez discovered that student inquiries into ‘situations of conflict’ could become ‘opportunities in life that could be faced for living better’. She also found that her students simultaneously engaged in translanguaging to express their ideas in Spanish and English language about getting on together in the school. This inspiring teacher research reminds us that language is best learned in the process of getting other things done in the world. What the world would appear to need more than anything else is people who can learn to coexist and collaborate. In this study it becomes clear that school children are already citizens working, learning and playing together; they are not simply rehearsing for a possible future. In this project we see how school inquiry can help children and teachers learn better by working together - the assets of the group are more than the sum of its parts. This requires a wise and responsive teacher, like Gómez, who is equally open to learning.

In a similar vein, Yuly Nieto reviews the literature on the ways local literacies can be incorporated into language teacher education. Nieto argues that the community itself can be seen as a text to be explored by teachers and students. Understanding the community’s assets is crucial to designing community-based pedagogies. This approach is particularly suitable to student teachers as they assemble the resources they need for responding to students and towards developing a teacher standpoint and identity. Such an approach also lends itself to a transdisciplinary problem-based curriculum which can attend to academic knowledge and local knowledges in situ as relevant (see also Sharkey, Clavijo and Ramirez, 2016). Accessing an alternative justice-driven discourse is increasingly important in the context of government promoted standardized discourses of teacher excellence, as María Eugenia Plata Santos notes in her article. Interrogating the discursive construction of the ‘quality teacher’ is urgent for critical educators world-wide (Scholes, Lampert, Burnett, Comber & Hoff, 2017). The fields of educational and social science are increasingly globalised with the multinational publication apparatuses of the North dominating citation indexes. In these circumstances it is even more obvious that who gets to produce knowledge faces a major challenge if he/she belongs to states who are not at the centre, but on the periphery. As Miguel Farías uncovers, the work of scholars in the humanities, such as applied linguistics in education for example, is imperative to sustaining critical scholarship at a time when global measures is what counts as scholarship threaten to overwhelm counter-hegemonic discourses.

This collection of articles gives us reason to hope. As a critical literacy educator working with teacher-researchers in poor and regional Australia, I see huge potential for transnational dialogues between researchers and front-line practitioners in language education. Getting this important work out is more urgent than ever! I thank the contributors and the editors of the Colombian Applied Linguistics Journal for sharing this powerful work with me. I will send it on to friends and colleagues educating for social justice.