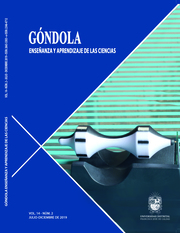 Can we teach students to think like scientists while learning science?

Can we teach students to think like scientists while learning science?

In the past 20 years the educational community has accumulated enough data to say with conviction that interactive engagement methods lead to better student learning gains than traditional transmission-mode methods (MICHAEL, 2006; FREEMAN et al., 2014). As MITCHELL WALDROP (2015) said “At this point it is unethical to teach in any other way.” But what is this way? There are many models of interactive engage­ment methods. One popular approach is the “flipped classroom” (FULTON, 2012). In the flipped classroom students read the textbook (or watch a video with the instructor explaining the material), then come to class and discuss what they read through answering questions posed by the instructor. They often work in pairs and participate in voting for the best answer. An example of a flipped classroom in physics education is the method of Peer Instruction (MAZUR, 1997). While the students in these classrooms work collaboratively answering questions and the professor limits lecturing to a minimum, the knowledge that students begin with comes from authority. Students get acquainted with physics concepts by reading the book or watching a video with an authority figure on the screen. While such methods lead to more learning than traditional lecturing, what message about physics are they sending to the students? One answer is that science is an area of study that can be learned by reading the book and discussing what you read in class. Is this the message we want our students to get from our science classes?

Physics, chemistry, biology are experimental sciences. As the history of physics (HOLTON, BRUSH, 2001), the writing of physicists about their work (BORN, 1943), and observations of this work in real time (POKLINEK CANCULA, PLANINSIC, ETKINA, 2015) show, the origin of every physics idea can be traced to experiments. The same is true for biology and chemistry. Some time at some point an anomalous or in­teresting experimental result made scientists question what they observed. Then they (or somebody else) tried to figure out how to explain and quantify the observed phenomenon. Multiple hypotheses were tested in multiple experiments and those that were not ruled out remained. See, for example, (WOLCHOVER, 2018). Those are now in our textbooks. When students start learning a concept by reading the book, they see the final outcome of this process without having any idea of where this knowledge came from. You might argue that they learn where ideas come from by doing experiments in instructional laboratories, but research shows that this is not the case (HOLMES et al., 2017). Traditional labs that provide step-by-step instructions to the students do not engage students in the development of new concepts, they mostly focus on the “verification of theory” that students have already learned.

But why drag our students through “discoveries” if they can quickly learn the right concept and prac­tice applying it? This seems much more efficient and practical. However, it turns out, that being able to investigate phenomena, to cope with multiple possible solutions, to evaluate assumptions, to test different ideas are exactly the skills that will make our students successful in the future (OECD, 2018), not using the facts explained to them by somebody else. Future employers will need people who not only have discipli­nary knowledge but also epistemic knowledge (how to “think like a mathematician, historian or scientist”) (OECD, 2018 p. 5).

But how is it possible to create an environment in which students can “discover” and learn physics for themselves in ways similar to how physicists work—to own it, so to speak, within a reasonable time? An example of such environment or an interactive method of teaching is Investigative Science Learning En­vironment (ISLE) that addresses this question (ETKINA, VAN HEUVELEN, 2007; ETKINA, 2015). There are three key features of this approach, which mirror the features of a scientific inquiry environment while at the same time allowing students to develop traditionally valued physics knowledge (normative concepts).

1. Students develop normative physics concepts as their own ideas by repeatedly going through the fo­llowing steps:

(a) Observing pre-selected phenomena (experiments) and looking for patterns,

(b) Developing explanations for these patterns,

(c) Using these explanations to make predictions about the outcomes of testing experiments that they design,

(d) Deciding if the outcomes of the testing experiments match the predictions,

(e) Revising the explanations if necessary,

(f) Applying tested and not ruled out explanations for practical purposes (building devices, determining the values of physical quantities, etc.)

2. While engaged in steps (a) – (f) students represent physical processes in multiple ways, to help them develop productive tools for qualitative reasoning and for problem solving.

3. While engaged in steps (a) – (f) students work collaboratively in groups of 3-4 using small whiteboards and then share their findings, designs and solutions in a whole class discussion.

The combination of these features applies to every conceptual unit in the ISLE learning system.

A simple example of such process is described below.

It is an activity that we do on the first day of any ISLE-based course (the level of students does not matter) to engage students in the process that they will follow for the rest of the course. The students are grouped in teams of 3-4 and each team has a small white board and dry erase markers.

Once all the explanations are listed and shared the next step is to ask – what do we do next? Usually one of the students says: We need to test them. How do we test explanations? The students propose to do more experiments. But what experiments to do? Here the instructor helps them: Let’s come up with new experiments whose outcomes we can predict using every explanation and then compare the outcomes with the predictions. The students work in groups designing the experiments and making predictions. They often propose to take an empty glass and put it in a fridge. If (1) and (2) are correct, the glass will be dry when we bring it outside, if (3) is correct, the glass should be wet. Another experiment they often suggest is to put the glass with cold water on it on a scale.  If (1) and (2) are correct, the scale will show the same reading or a decreased reading with time, if (3) is correct, the scale reading should increase. They can ei­ther perform the experiments themselves, or watch the instructor perform them or watch the photos of the outcomes of the experiments that they proposed which were performed before. Based on the outcomes the students reject explanations 1 and 2.

Note, that it does not matter that many students know the “right” answer. The point is to devise multiple explanations and think how to test them. After all ideas except (3) are ruled out by testing experiments, students are asked if there is any practical use for this knowledge. They brainstorm and come up with ideas such as drying humid places by extracting water from air, collecting drinking water from air in the dessert and other real life applications.

The above is a simple example of how students can construct knowledge working together under a ca­reful guidance from the instructor. One might wonder if it is possible to construct complicated and quan­titative concepts that way. The answer is a resounding “Yes” (see ETKINA, PLANINSIC, VAN HEUVELEN, 2019) and the experience shows that while such methods take more time at the beginning, as time passes the students start thinking like scientists habitually and the learning speeds up. In addition, when learned to think this way, students are capable of learning concepts not taught in class on their own. Developing such skills is the most important goal of education in the 21st century. 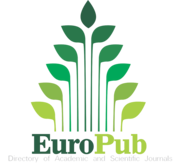